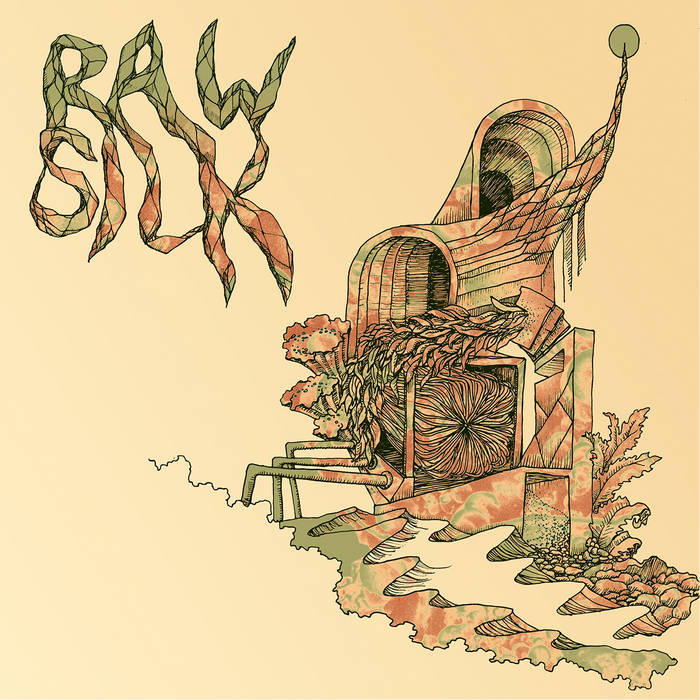 Raw Silk blends classical sitar, electric cello, Indian vocals and experimental electronics into a long-form head massage. Hailing from Baltimore, Maryland, Alexa Richardson (cello) and Ami Dang (sitar, voice, electronics) started making music together as part of living room jam sessions and eventually realized that their sonic interests couldn’t be better matched: they both push the envelope of their classically-trained upbringings through string instruments (that surprisingly complement one another) and east-meets-west structured improvisations. Sharing a matched affinity for classical, experimental, pop and global sonic palettes, they have continued to challenge one another's musical limits with an exploration of instrument and genre. The result is work that takes the form of 5-to-15-minute jams that are never repeated twice yet with recurring themes, melodies, beats, and ragas: the sound tantalizes and invigorates the ears, body, and soul.

Raw Silk emerged from Ami Dang and Alexa Richardson’s experimental improvisations. The instruments (cello, sitar, voice, band electronics) entwine together and create a rich and complementary dialogue. The duo pushes the limits of tonality and rhythm while blurring the classical and experimental.

Ami Dang has been performing solo and with collaborators since childhood and was hand-picked by Grimes to open up for her in Asia and has also shared bills with Ariel Pink’s Haunted Graffiti, Chairlift, Bonnie Prince Billy, Spank Rock, Lil B, Beach House, and many more. She was raised studying Hindustani classical music on sitar and vocals and holds a degree in Technology in Music & Related Arts from Oberlin Conservatory of Music. Alexa Richardson is a classically trained and improvisatory cellist. She studied performance cello at Interlochen Arts Academy and Northwestern University in Chicago. She has performed and recorded with bands in the UK and Baltimore.

Bandcamp Daily  your guide to the world of Bandcamp

Featuring interviews with the mighty Haitus Kaiyote and genre-busting L'Rain.